Get fresh music recommendations delivered to your inbox every Friday.
We've updated our Terms of Use. You can review the changes here.

by Vagabondage & The Sweet Trade 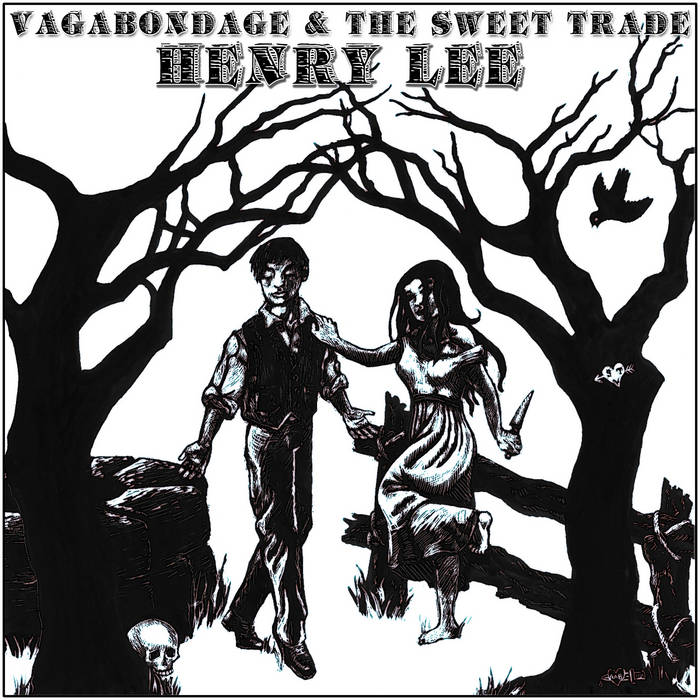 Vagabondage and The Sweet Trade are two San Francisco Bay Area bands who met in 2009 and have played several shows together over the years. Always enjoying each others music and company, they finally decided to consummate their musical affair with an expression of their love of murder balladry, and recorded their own take on the song Henry Lee.

Henry Lee may be the quintessential American murder ballad with its tale of rural lust, longing, jealousy and misdirected passions, however it's origins are actually in the folk song Young Hunting (also known as Earl Richard, The Proud Girl, and Loving Henry) which originated in Scotland. The song has been made most infamous in our modern era in versions from Dick Justice and Nick Cave (and now Vagabondage & The Sweet Trade).

The song tells the tale about an unsatisfied philandering man who tells the woman he loves that he's enamored with another mistress. Filled with raging jealousy, she in turn gets her lover drunk, kisses him goodbye and stabs him to death. In most versions she gets away with the murder, and in some tellings even entices the women of the town to help her dispose of the body.

This musical telling of the tale from Vagabondage & The Sweet Trade has its feet firmly planted in the dangerous swampy territory of the wronged woman's heart. They take you into this treacherous land with a combination of seductive vocals, ominous bass, lurching accordion, soulful guitar, angry fiddle, and the delicate hope of the ukulele.

Come with us into the lusty and murderous frontier of love. You never know what could happen.

Get down, get down, little Henry Lee
And stay all night with me
You won't find a girl in this damn world
That will compare with me

Lie there, lie there, little Henry Lee
Till the flesh drops from your bones
For the girl you have in that merry green land
Can wait forever for you to come home

Vagabondage is a Bay Area, California based folk-punk band that was born over nachos and wine on a tiny stage in an empty theater in San Francisco’s Mission District. With flasks held high, they play songs of heartbreak, hope, and doom, and have been getting people up on their feet to yell, drink, and sing along to their original songs since 2008. ... more